WASHINGTON, DC – On the eve of the 57th Inauguration of the President and Vice President of the United States, Vice President Joe Biden and Second Lady Dr. Jill Biden, former Speaker and current House Democratic Leader Nancy Pelosi, the Chairman of the Joint Congressional Committee on Inaugural Ceremonies — who this morning began the Inauguration ceremony – Senator Chuck Schumer, and other top US officials honored Greek-American leaders at a reception just blocks from the White House. They attended a reception in honor of His Eminence Archbishop Demetrios and in recognition of the extraordinary public service of Jim Chanos, Dennis Mehiel and George Tsunis, who were presented by Archbishop Demetrios with the Medal of St. Paul, the highest honor of the Greek Orthodox Archdiocese of America. The event was organized and hosted by the Washington Oxi Day Foundation whose President, Andrew Manatos, introduced the dignitaries and honorees. 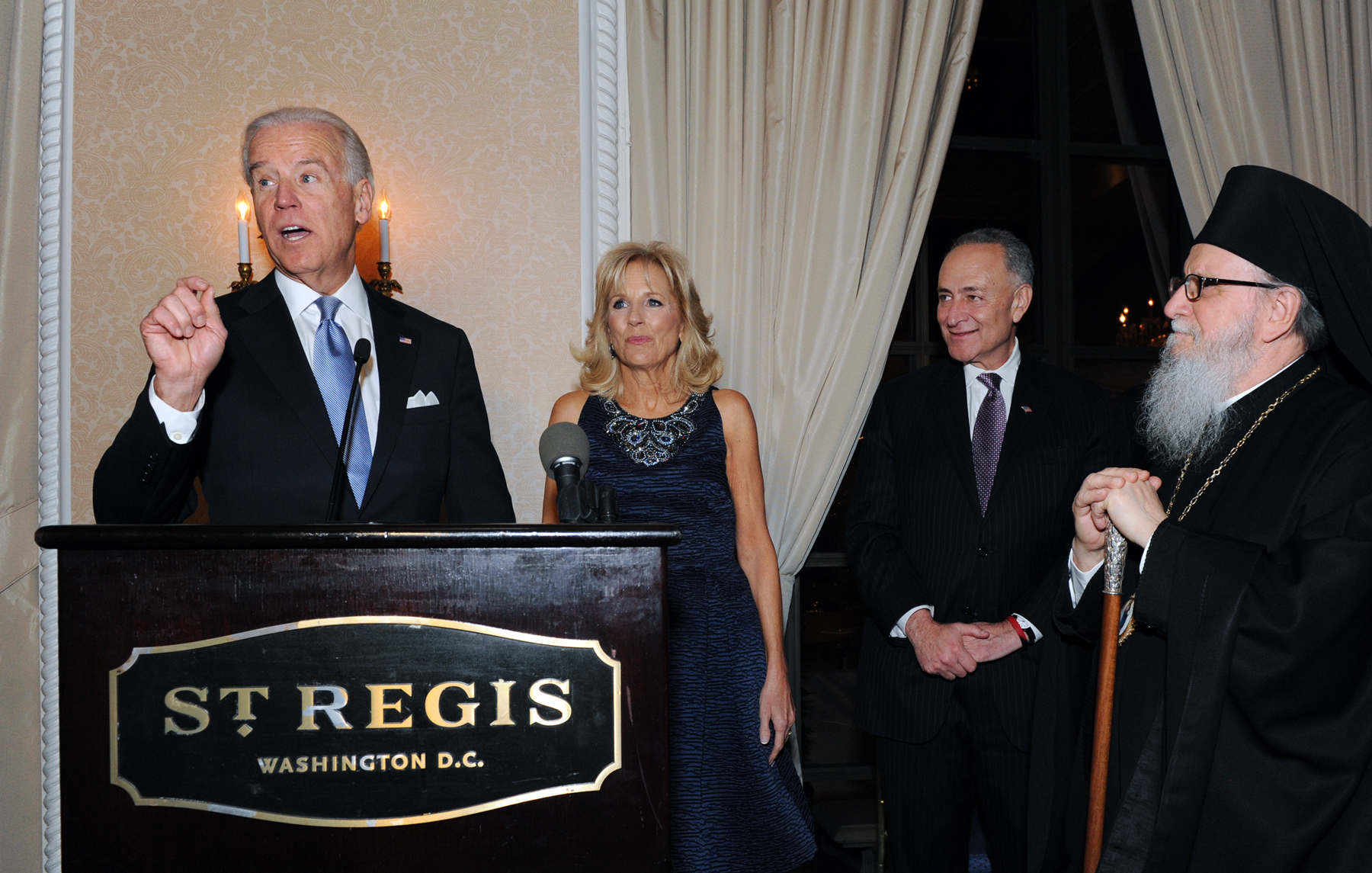 Archbishop Demetrios was honored for his significant role in the 2013 Inauguration. During today’s swearing-in ceremony His Eminence sat, along with the Supreme Court Justices, Senators, Members of Congress, and Cabinet officials, on the platform from which the President spoke. He then delivered the benediction at the very select Presidential Inaugural Luncheon in the US Capitol Building, to which many Senators and Members of Congress are not even invited. Tomorrow morning he will be one of the few clergy giving a prayer during the Presidential Ecumenical Prayer Service at the National Cathedral. 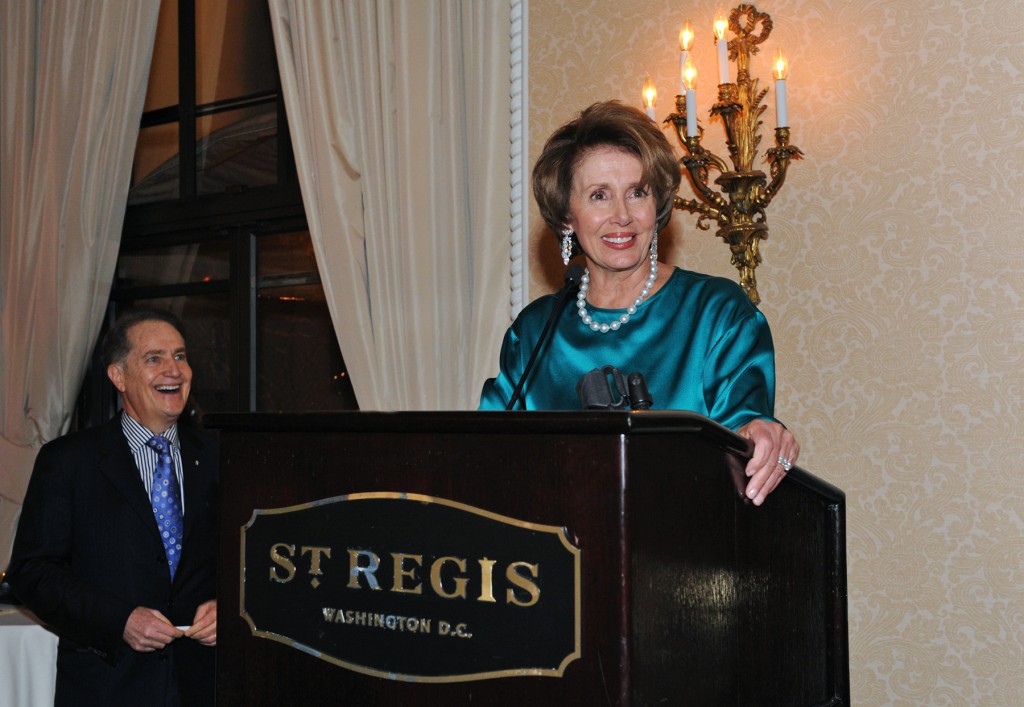 Other top US officials attending last evening included: a number of top Senators and Members of Congress including: The Chairman of the Senate Finance Committee, Senator Max Baucus, and former US Senator Paul Sarbanes; Vice-Chairman of the House Democratic Caucus, Congressman Joe Crowley, Congressman John Sarbanes, Congresswomen Anna Eschoo and Niki Tsongas, and former Congressman Zack Space, among others. Several members of the Biden family and staff also attended including the Vice President’s sister, Valerie Biden. 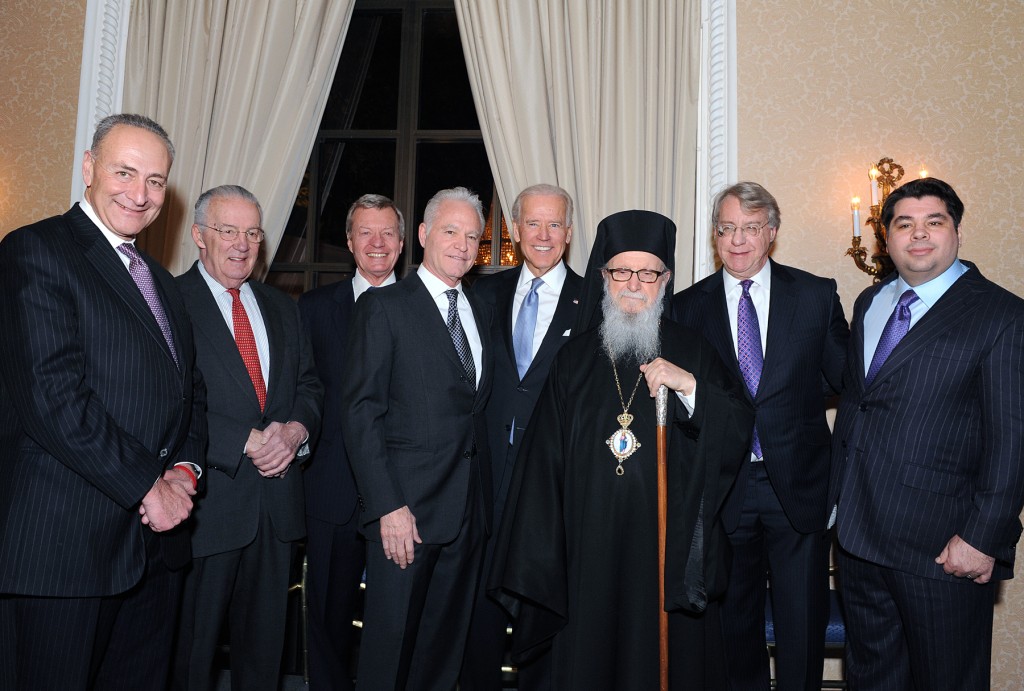 Also in attendance were those Greek-American leaders honored with the Medal of St. Paul at the 2009 Presidential Inauguration, US Ambassador to Hungary Eleni Tsakopoulos-Kounalakis and former Chicago State Treasurer Alexi Giannoulias.

Ambassadors to the United States from Greece, Christos Panagopoulos, and Cyprus, Pavlos Anastasiades, joined numerous leaders of national Greek-American community at this event as well.