WASHINGTON, DC, November 4, 2016 – The 6th Annual Washington Oxi Day Foundation Celebration featured truly remarkable courage – “OXI courage” – punctuated by remarks that captured the incomparable strength and poise of the recipients of the 2016 Oxi Day Awards: Vice President Joe Biden and Nadia Murad. These events continued to honor and inspire courage in the world today – the same David vs. Goliath courage for freedom, democracy and humanity that was exhibited by the Greek people in WWII. 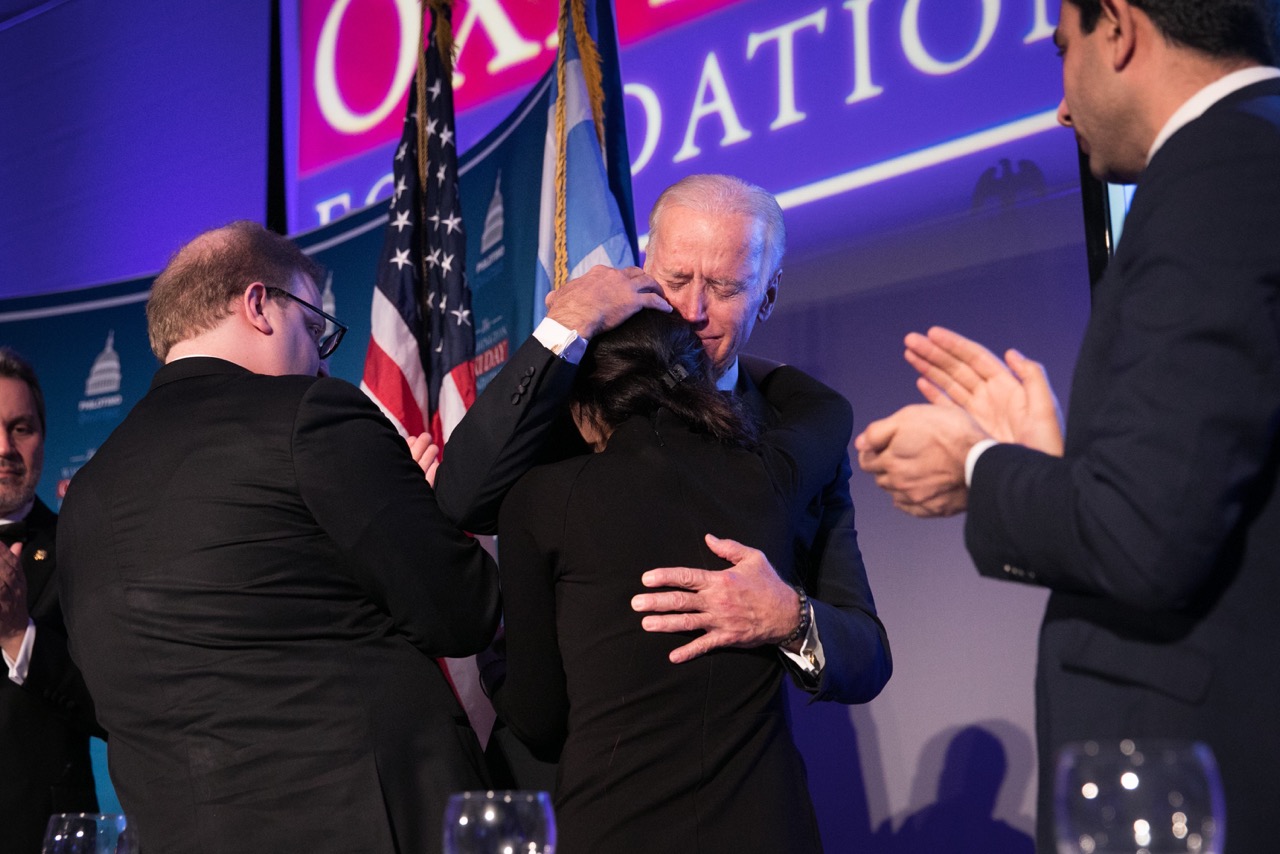 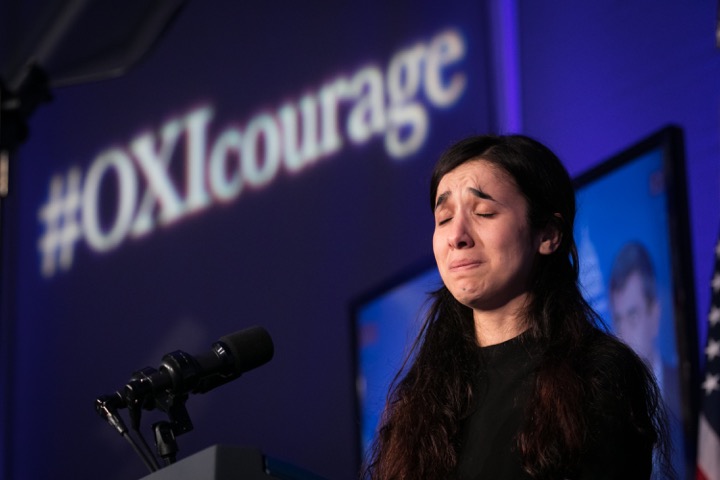 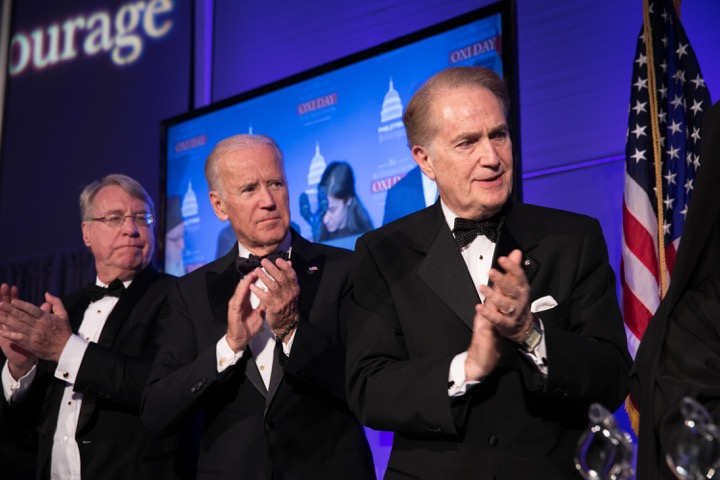 The October 27 black tie gala, attended by numerous US policymakers and opinion leaders, dignitaries, human rights activists and Greek-American community leaders, was described as “life changing” and as an experience to “bear in my memory forever.” The Vice President and Nadia Murad shared through tears incredible stories of personal tragedy met with their incomparable resolve. Both alluded to the courage of the Greek people in 1940 and throughout World War II as they discussed their personal battles. 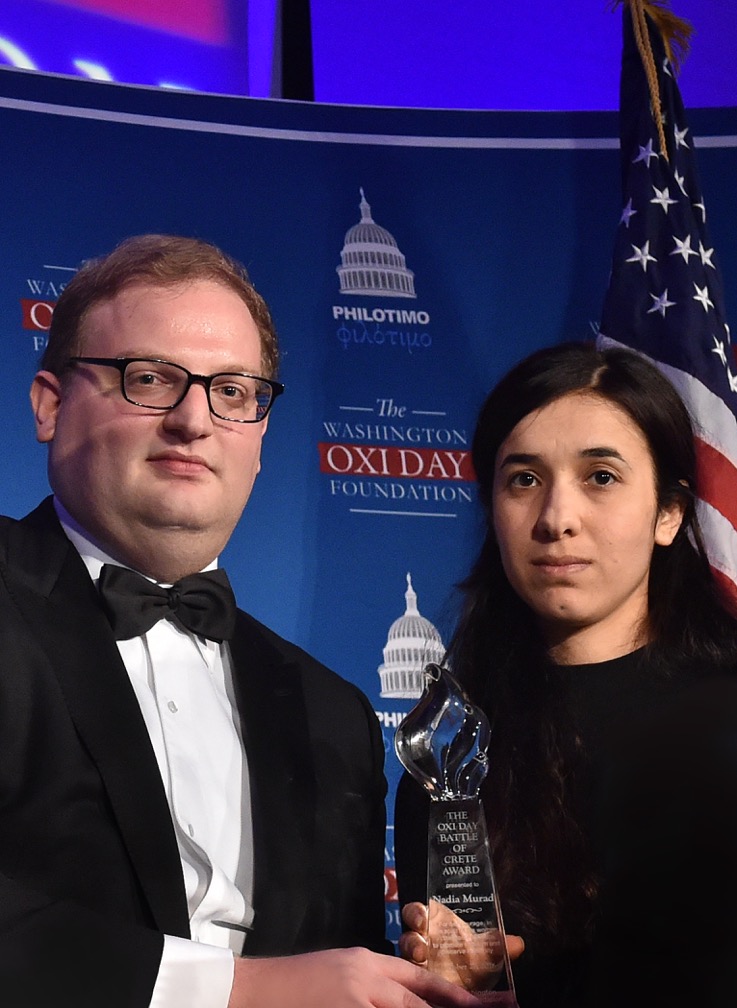 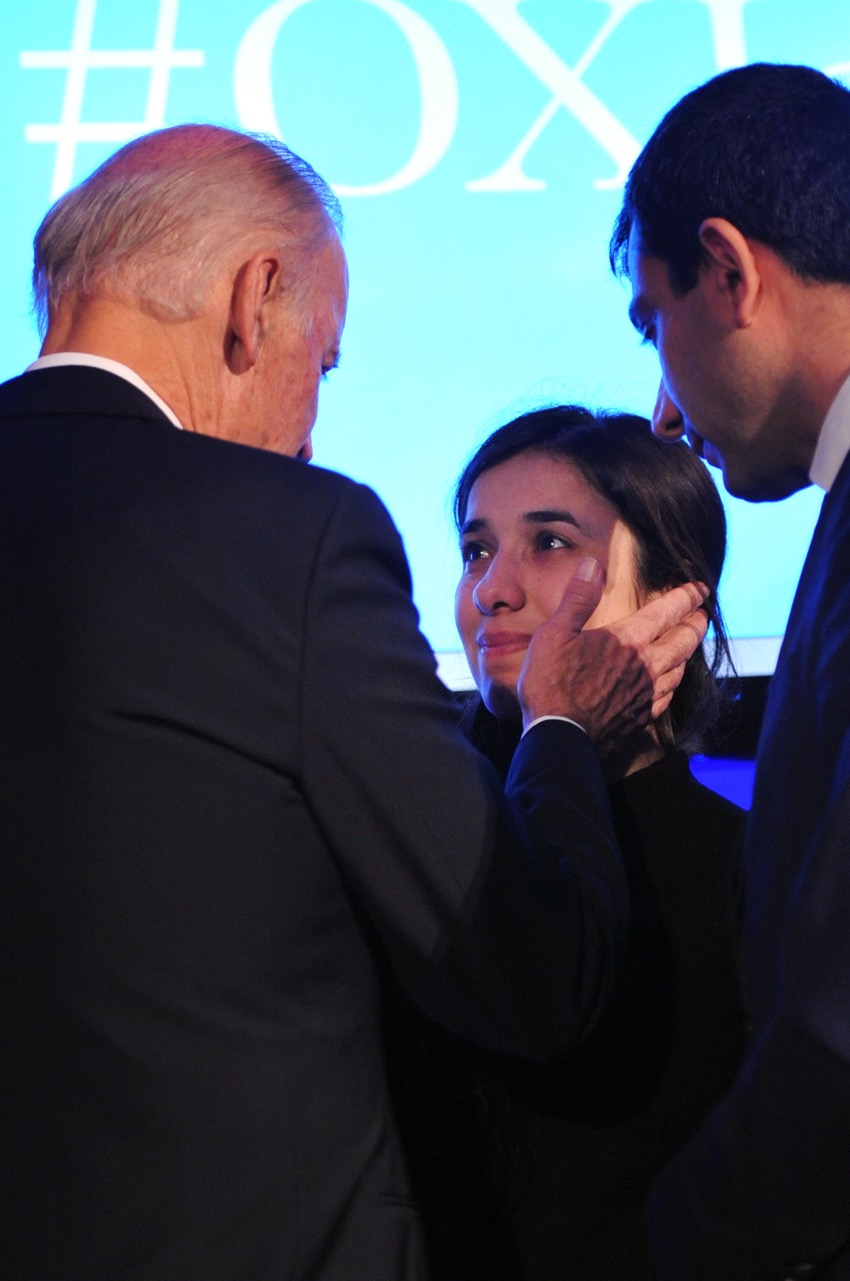 Human Rights barrister Amal Clooney nominated Nadia Murad for the Foundation’s 2016 Battle of Crete Award. Nadia has consistently made world headlines for her noble drive to hold ISIS accountable for the unspeakable atrocities they have perpetuated in Iraq and Syria, particularly against her Yazidi people. 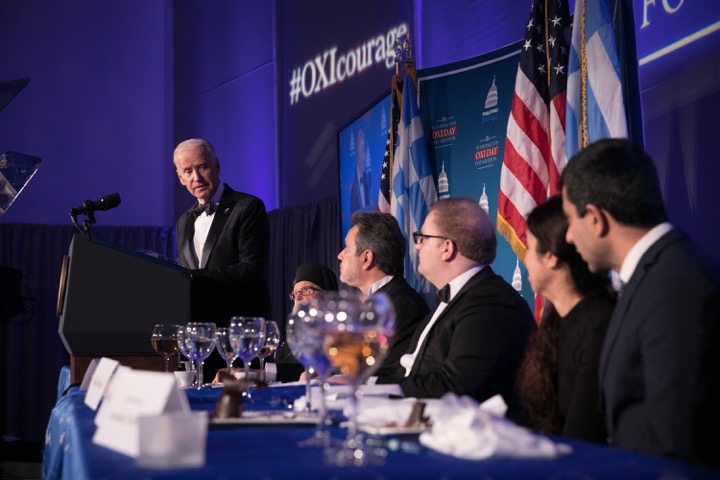 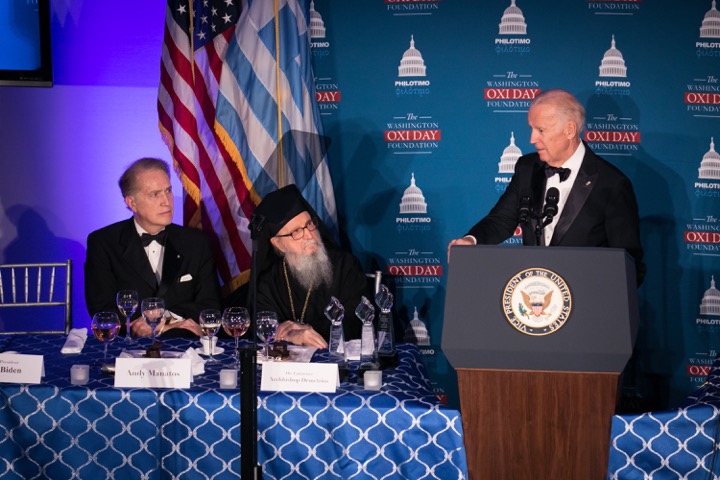 The 2016 Oxi Day Award for courage was awarded to Vice President Biden and his son Beau Biden, the former Delaware Attorney General (posthumously). The Vice President has shown extraordinary courage throughout his life in public service. At 29, Joe Biden suffered the tragic loss of his first wife and daughter in a car accident that left his two young sons hospitalized. The loss of his son Beau to cancer in 2015 has inspired the Vice President to lead the Cancer Moonshot Initiative, a true David vs. Goliath battle against what will soon be the number one cause of death in the US. Beau Biden showed great courage in risking his life for our country, in fighting for the protection of children, and in his fight against cancer. 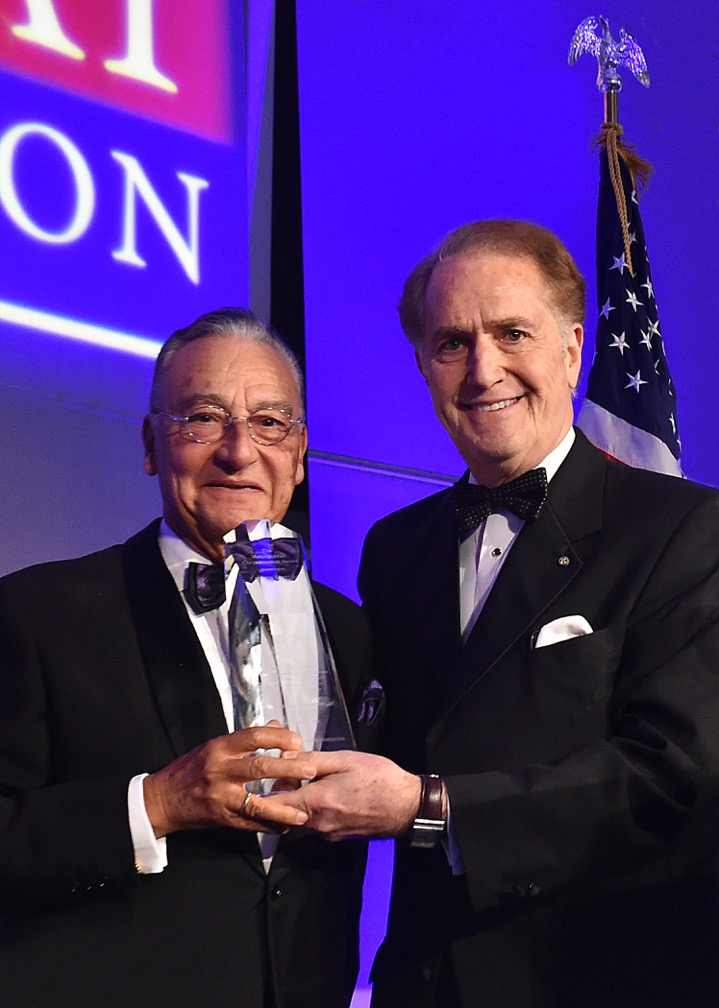 Honored alongside Biden and Murad was Makis Matsas, the distinguished President of the Board of Directors of the Jewish Museum of Greece, who received the 2016 Metropolitan Chrysostomos Award. Matsas epitomizes the proud tradition of the Jewish community of Greece who famously led the only revolt against the Nazis at Auschwitz and who sang the Greek national anthem as they met their death. Matsas’ escape from the Nazis in Greece as a very young boy shaped his consciousness and inspired his critical role in the creation of the Jewish Museum of Greece and its continued success. 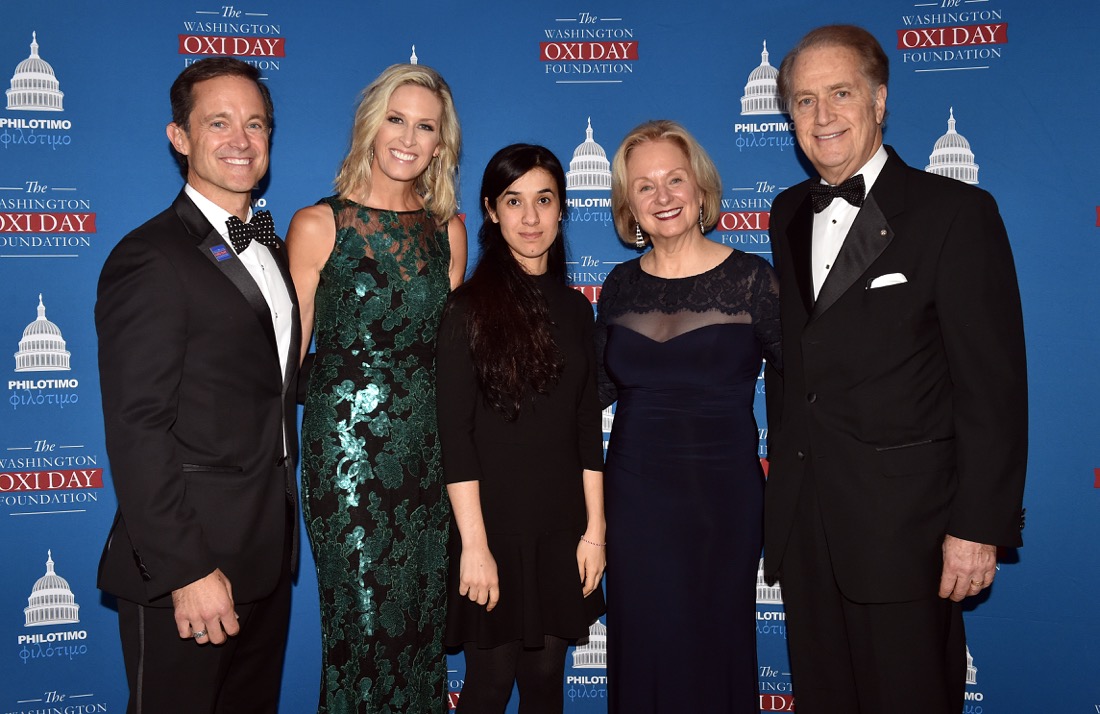 Previous honorees recognized for their commitment to freedom, democracy and humanity have included: James Foley, nominated by President Bill Clinton in 2014 – the first American killed (publicly and brutally) by ISIS in response to American airstrikes in Iraq; Nobel Laureate Aung San Suu Kyi in 2011, and Chinese dissident Chen Guangcheng in 2012. Bono nominated the 2015 and 2013 honorees, Leyla Yunus of Azerbaijan and John Githongo of Kenya. Shimon Peres, Elie Wiesel and Prince Philip’s mother Princess Alice are previous recipients of the Metropolitan Chrysostomos Award.